Daniel Birnbaum
is the director and curator of Acute Art in London, UK. Daniel was previously the director of Moderna Museet in Stockholm from 2010 to 2018. From 2000 to 2010 he was the Rector of Städelschule in Frankfurt and Director of its kunsthalle Portikus. He is contributing editor of Artforum in New York and has curated a number of large exhibitions, including Airs de Paris at Centre Pompidou in Paris (in co-operation with Christine Macel) in 2007. Daniel was the director of the 2009 Venice Biennale. He is the author of numerous books on art and philosophy and is the co-editor (with Isabelle Graw) of the Insitut für Kunstkritik series published by Sternberg Press. He is on the board of directors of Nobel Media, the organization that manages all the events surrounding the Nobel prizes. 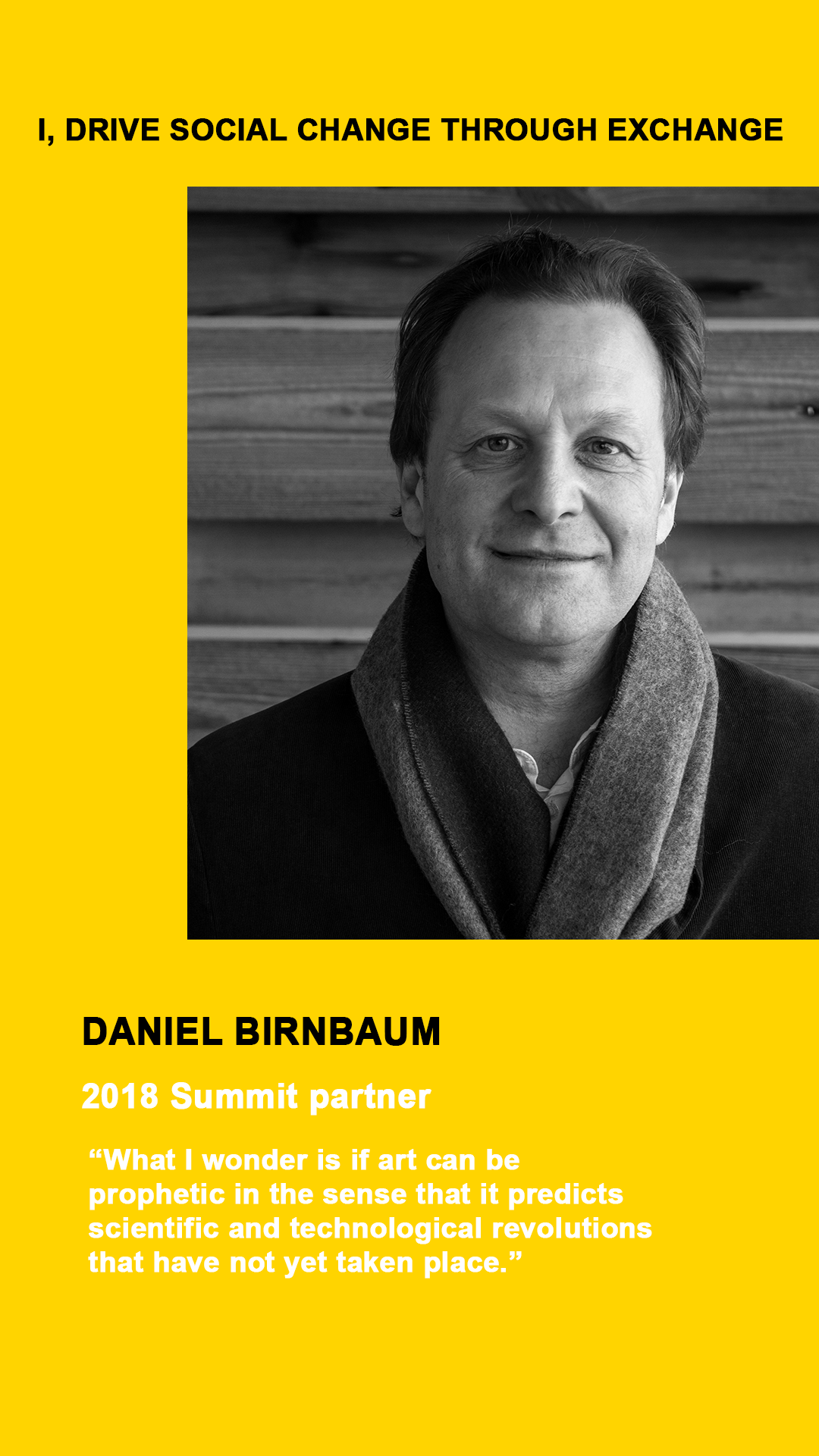