The Verbier debate is moderated by Jean-Paul Felley, the Summit’s Academic Director and director of EDHEA, the Valais School of Art.

Jean-Paul Felley
Art historian and curator Jean-Paul Felley, is the Summit’s Academic Director and has been the director of the EDHEA, the Valais School of Art,  since 2018. Since 1989, he has been organising architecture, design and contemporary art exhibitions, and authored publications and articles. In 1990, he created the Prix Breguet d’art contemporain. In 1994, he founded and directed - together with Olivier Kaeser - attitudes, a Geneva association of contemporary art, with which he organised contemporary art exhibitions in Switzerland, Europe, Latin America and Lebanon. From 2008 to 2018, he also co-directed, together with Olivier Kaeser, the Swiss Cultural Center in Paris. 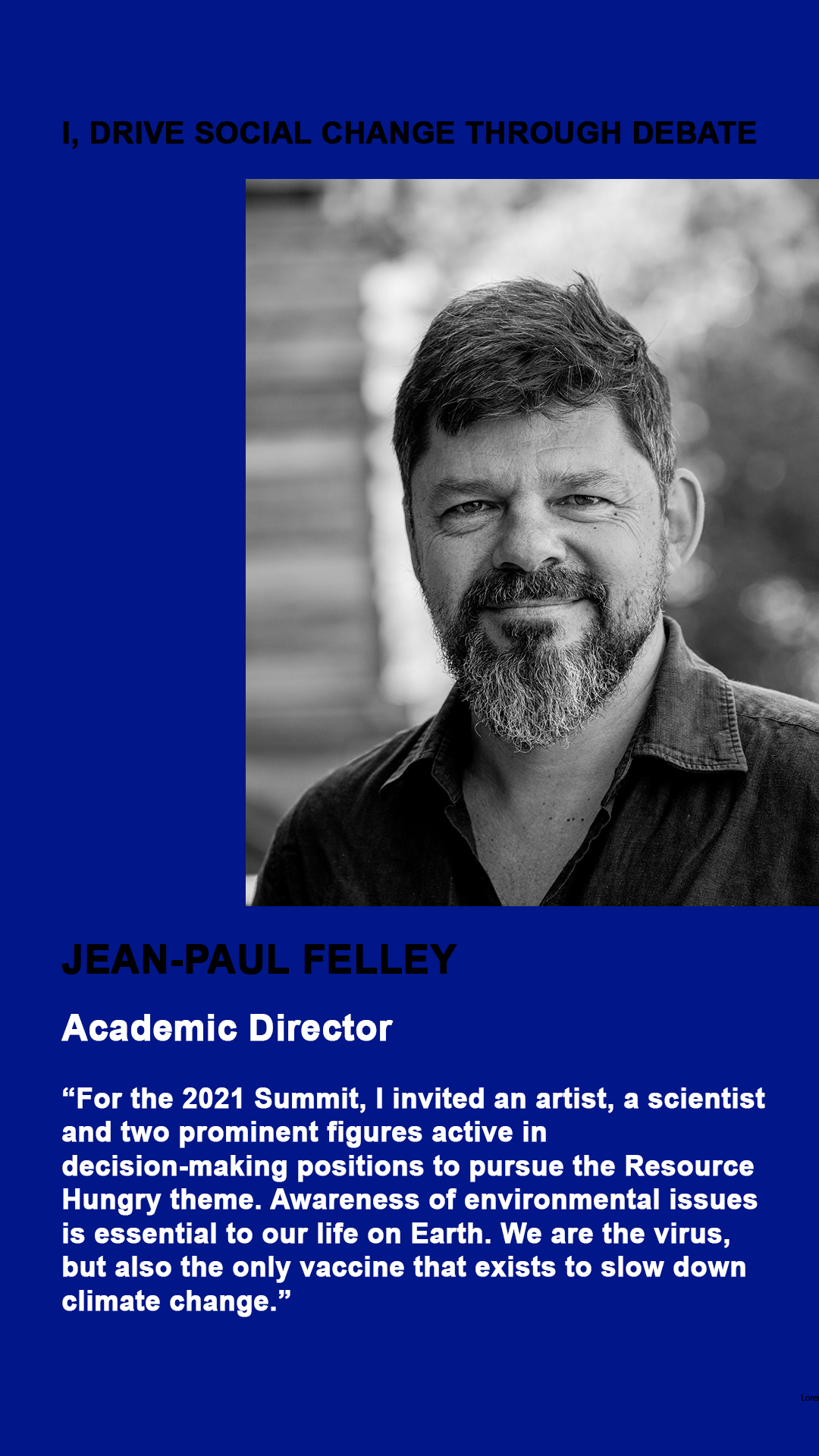