The London debate is moderated by Philippe Rahm,
a Swiss architect and 2020 Summit speaker.

Philippe Rahm
is a Swiss architect, principal in the office of Philippe Rahm architectes, based in Paris, France. His work, which extends the field of architecture from the physiological to the meteorological, has received an international audience in the context of sustainability. His recent work includes the first prize for the Farini competition in Milan in 2019; the 70 hectares Central Park in Taichung, Taiwan, completed in December 2019; the Agora of the French National Radio in Paris; a 2700 m2 Exhibition architecture for the Luma Foundation in Arles, France. He has held professorships at GSD Harvard University, Columbia University and Princeton University. In 2017, his work was exhibited at both the Chicago and Seoul Architecture Biennials. 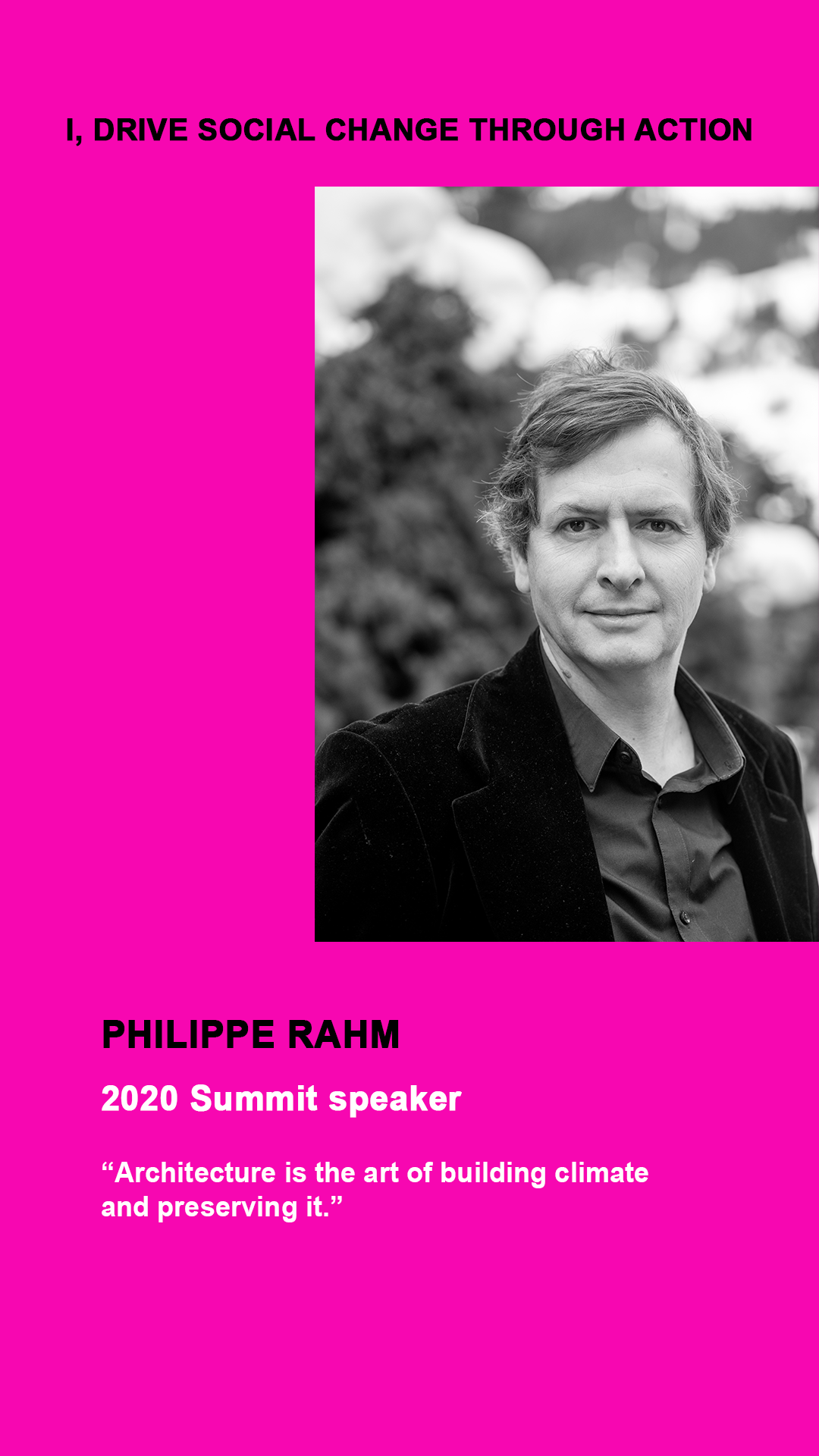