This debate is moderated by Jochen Volz, 2019 Summit partner and director of the Pinacoteca de São Paulo.

Jochen Volz
is the General Director of the Pinacoteca de São Paulo. In 2017, he was the curator of the Brazilian Pavilion for the 53rd Biennale di Venezia. He was the curator of the 32nd Bienal de São Paulo in 2016. He served as Head of Programmes at the Serpentine Galleries in London (2012-2015); Artistic Director at Instituto Inhotim (2005-2012); and curator at Portikus in Frankfurt (2001-2004). Jochen was co-curator of the international exhibition of the 53rd Bienal de Veneza (2009) and the 1st Aichi Triennial in Nagoya (2010) and guest curator of the 27th Bienal de São Paulo (2006), besides having contributed to other exhibitions throughout the world. He holds a masters in art history, communication and pedagogy by the Humboldt University in Berlin (1998). Lives in São Paulo. 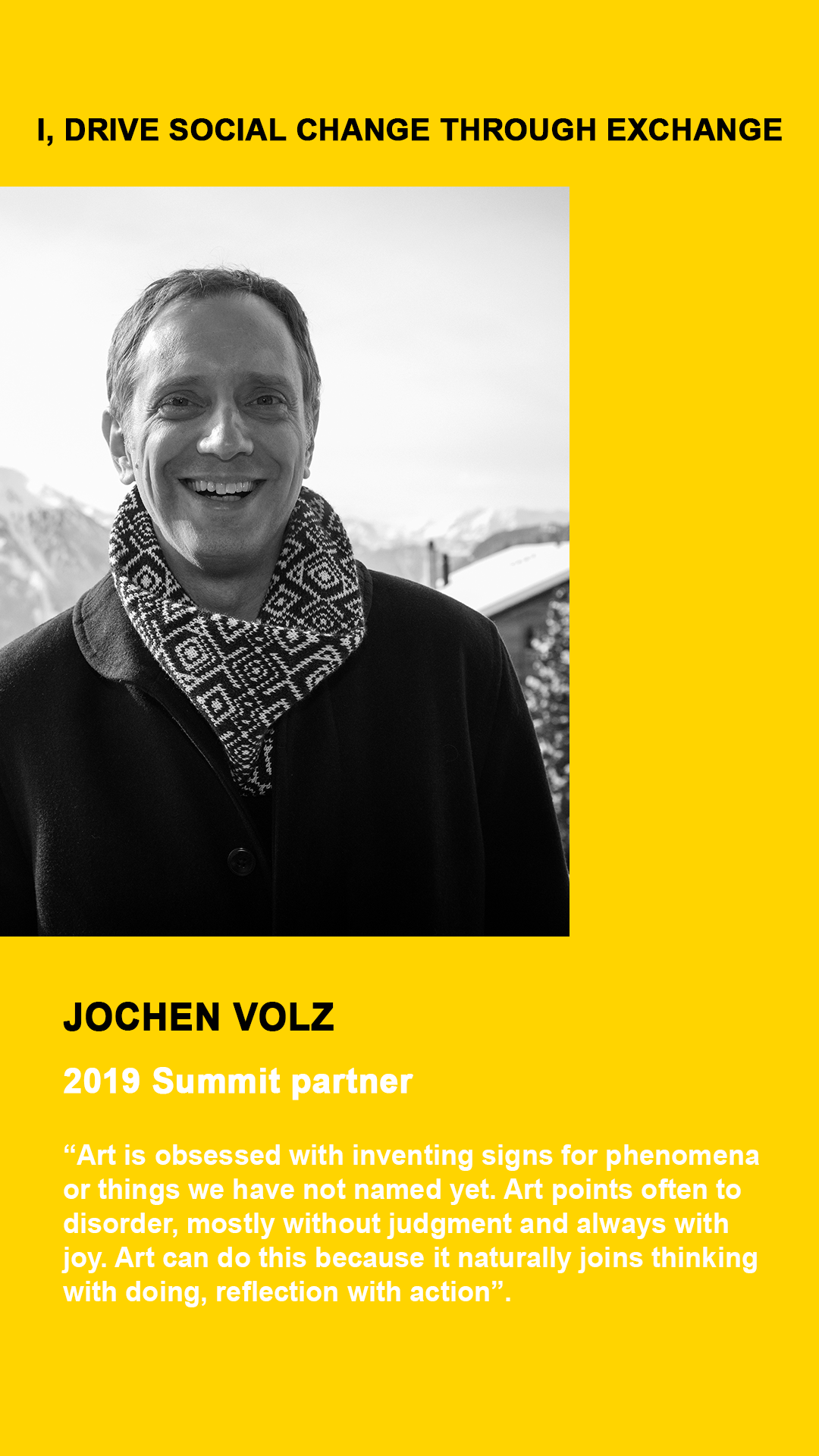