(DE)GROWTH IN TIMES OF CLIMATE CRISIS

This debate is moderated by Beatrix Ruf, strategic director of the Verbier Art Summit.

Louise O. Fresco
is a Dutch professor, author and expert in the field of food and sustainable agriculture, aiming to provide an answer to the question: “How can we provide food for 9 trillion people by 2030?” Since 2000, Louise has served as Assistant Director-General of the UN Food and Agriculture Organization in Rome. Louise is also a professor at Wageningen University and was appointed President of the Executive Board at Wageningen University & Research since 2014. Louise is a writer of both fiction and non-fiction, writing for a wide audience about food security and eating culture, including a fortnightly column for the newspaper NRC Handelsblad and the book Hamburgers in Paradise (2012), as well as an extensive collection of articles in both scientific journals and popular media. She has published twelve non-scientific books, including three novels, of which De Utopisten (The Utopians 2008) was shortlisted for the Libris Literature Award. 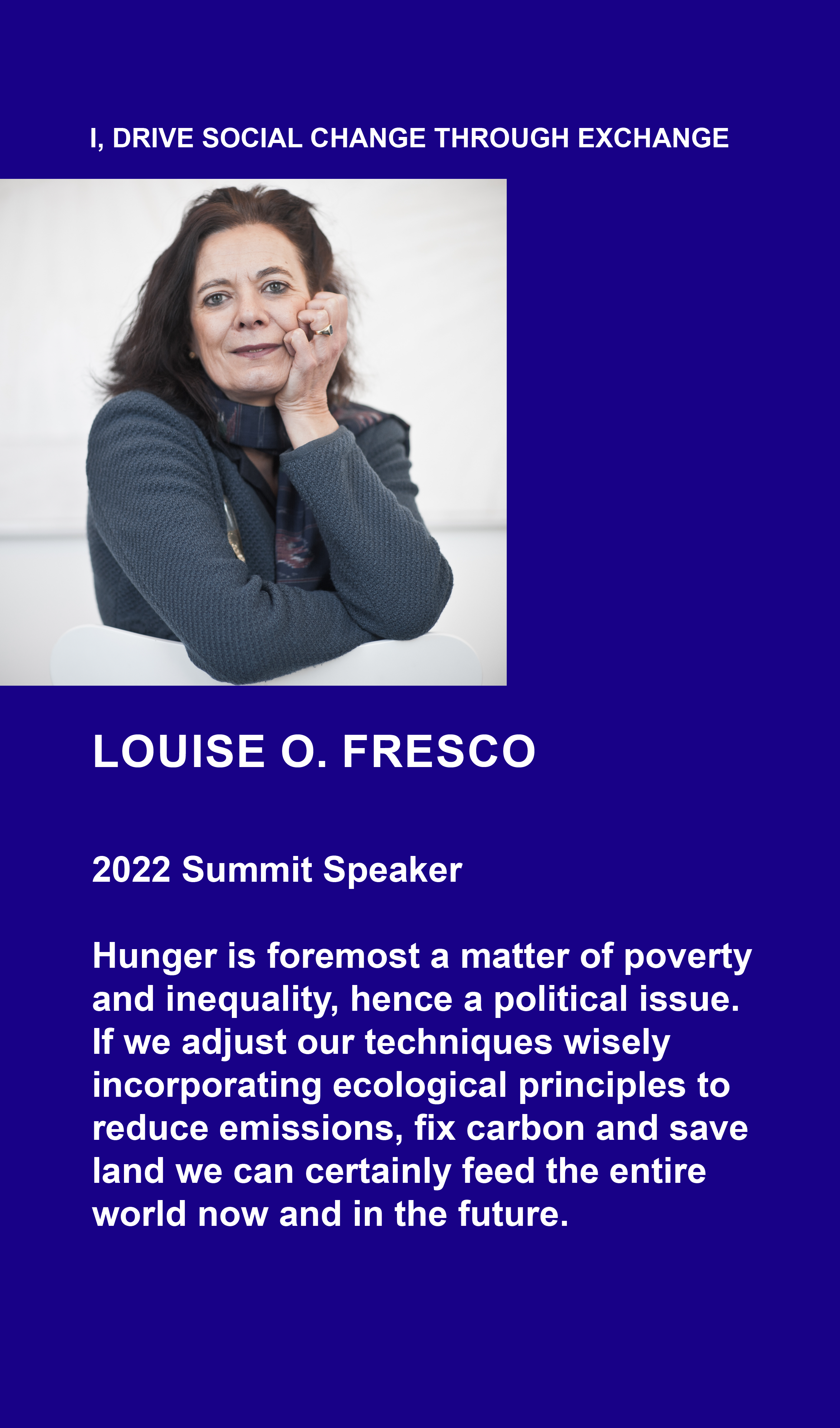